The Street Department maintains the City streets and roads. They also maintain, repair, and operate all City tools, equipment, and vehicles. During the summer months street sweeping, storm sewer jetting and gravel grading take place. Often the street department is operating large equipment. Please stay back and out of blind spots. Snow removal begins after approximately three inches of snow has fallen. Many times this operation begins around four in the morning in order to ensure that the roadways are open for travel to work.  During the winter months parking is prohibited on residential streets in order for snow removal to take place. 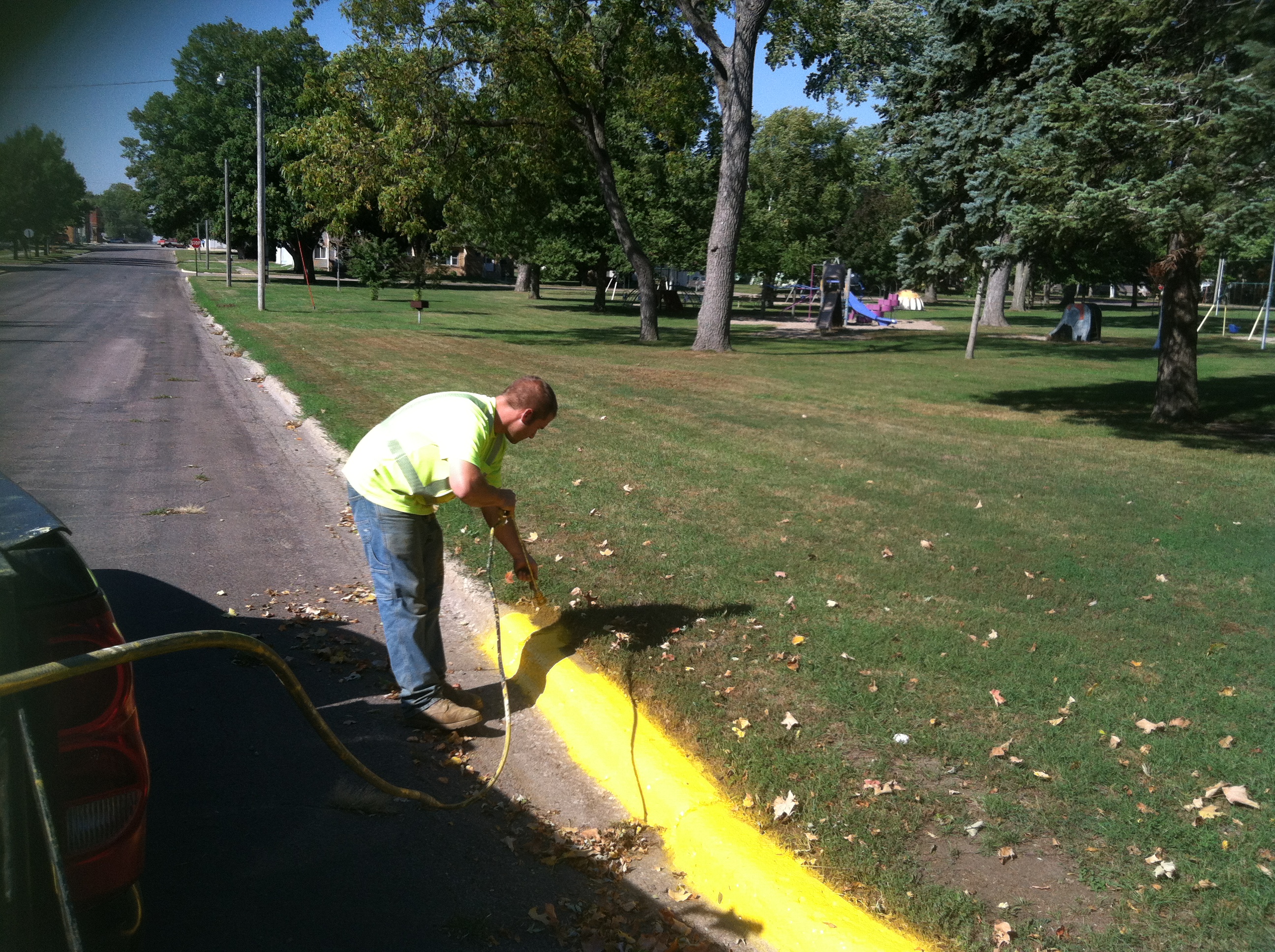 The City of Sherburn owns a Jetter Truck in partnership with Trimont, Welcome, and Dunnell under the West Martin Joint Powers agreement.  The City benefits from the high hydraulic horsepower delivered by powerful displacement pumps and so can remove tree roots and other solid obstructions.  Benefits of the jetter truck include the relative ease of penetrating long sewer lines and the ability to remove residue that accumulates along the sides of sewer pipes, thereby reducing the need for subsequent drain cleaning.  The Water and Wastewater Departments utilize the jetter vacuum truck to clean and maintain City sewer lines and storm water catch basins.  The high-pressure water jet is used to perform the cleaning functions. The truck is also equipped with vacuum equipment that pulls debris from lines and basins and stores it in the vehicle’s storage tank.

The City of Sherburn uses a grader to maintain the gravel streets. From spring to fall, street employees use the grader to cut shoulders and grade streets. In winter months, the machine is used for snow removal.

Street cleaning removes dirt and debris from City streets to provide a healthy and safe environment for the citizens of Sherburn. Street cleaning protects water quality, prevents physical damage to pavements, and minimizes the burden on the storm sewer system from surface debris.  These services protect and enhance the livability of Sherburn.

Streets staff typically cleans only streets with curbs. Street cleaning studies have found that 97 percent of street debris lies within 40 inches of the curb. The accumulation of debris at the curb is caused by the design of the street and vehicular movement. Streets are designed with a crown in the middle sloping toward the sides. Water and debris move toward the curb and gutter areas.  Vehicle movement scatters debris to the edges of traffic lanes. Streets with no curbs are affected by the same factors as curbed streets, but with no curb the debris is dispersed onto areas adjacent to the paved surfaces. Uncurbed streets are, in effect, self-cleaning.